Mathura is located on the bank of holy river Yamuna and is one of the district of Uttar Pradesh state. This Mathura district is large in area and shares its boundaries with Hathras, Agra, Aligarh and other states such as Rajasthan and Haryana. It includes some famous places like Vrindavan, Barsana, Gokul, Govardhan, Nandgaon, Kosi, Raya, Farah, etc along with Mathura city. The density of this district is about 761 people per square kilometers. This city was the economic hub during ancient time. The Mathura city consists of various administrative departments which includes Police SSP Office, Police SP Office, Nagar Nigam, District Collector's Office, Sessions court, Civil court, etc. This district has 3 tehsils, 10 blocks. The Mayor of the city is elected by the corporators and is the head of the corporation. 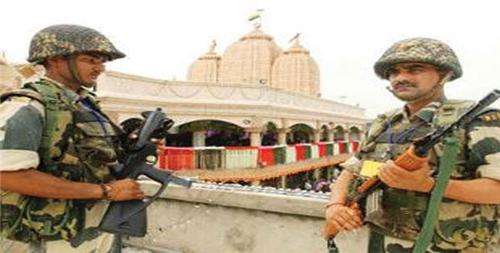 The administration of Mathura city is the sole responsibility and is under the guidance of Mathura Nagar Nigam (Municipal Corporation). Nagar Palika has several responsibilities such as issuing birth certificate, death certificate, water tax, property tax, grievance system, maintenance and construction of drainage system, planting trees in the city, maintaining roads, street lightning facilities in the area, issuing licences, quality check on food items, development, construction of new roads, etc. It also facilitates several online facilities where people can fill necessary online forms that are necessary and are the part of filing taxes, birth and death registration, etc.

The Nagar Palika of Mathura city can be contacted at the below provided details:

This office of District collector in Mathura is responsible for the proper and smooth administration of the city. This office is also responsible for the maintenance of the whole of Mathura district. Mathura is the headquarter of this district. The District Collector holds the responsibilities of different areas such as accounts, law and order, facilitating clean drinking water, peacefully conduction of elections, overseas revenue, entertainment tax, land acquisition, etc.

Commissioner of Police in Mathura District

Mathura comes in the Agra Division, hence the Commissioner's Office of the Mathura district is located in Agra. This Office controls the SSP and SP of Mathura Police. He undergoes frequent meetings of the top ranked police officers from Mathura and dictates them about the problems and their solutions. The Commissioner of Police acts as an "Appeal Adalat" in the cases of revenue.

The police of Mathura is administered by the police SSP and Police SP of this city. They deliver the responsibilities to the Inspectors and Sub-Inspectors of the city. The hierarchy then goes in the same order from top to bottom in this police department. Proper functioning of law and order is maintained by the police across the city. There are several police stations situated at major important areas in the city to cover each and every corner of the city.


The senior police offices can be contacted at the below provided contact details for any grievances.

The district court of Mathura started its session in 1951. Previously it was called by the name "Court of Munsif". After this the Courts of Civil Judge and Additional Sessions Jude were created. The district court of Mathura have four tehsils which are Mant, Sadar, Mahavan and Chhata. This court deals with all the civil and criminal cases of the District. The district courts deals with all the civil cases of the city and Sessions court deals with criminal cases. After this court an appeal can be done in the Allahabad High Court of Uttar Pradesh. The sessions of the courts based on their category are dealt by the Civil Judges, Special Judges and Chief Judicial Magistrate.

Click Here for More Details on Courts in Mathura

Apart from the above administrative department, there is always a requirement of best and dedication police forces all over city of Mathura, due to heavy crowed of pilgrims visiting this city and nearby areas throughout the year. The Police have to gear up throughout the year to maintain comfort of the pilgrims and visitors visiting this city from all over the world. Proper administration and resolving the visitors problems requires an additional eye of the Police in the city and nearby locations.

Comments / Discussion Board - Administration in Mathura