Entertainment and Nightlife in Mathura

Mathura is a traditional city and is well know as the pilgrimage place, where people from all over India visit for the holy purpose and worship the Lord Krishna. However, apart from this there is another life which is influenced by the modern and western culture. This lifestyle leads people to be awake late night and enjoy themselves with friends in clubs, discos, cinemas and other entertainment sources. The new generation is full of life and energy, they prefer to spend their nights with thrilling events and acts which are best achieved in discos, bars, clubs etc. Mathura is a small city, therefore the nightlife is also simple and constrained to several activities only as compared to nightlife of metro cities like Chennai, Delhi, Mumbai, etc. 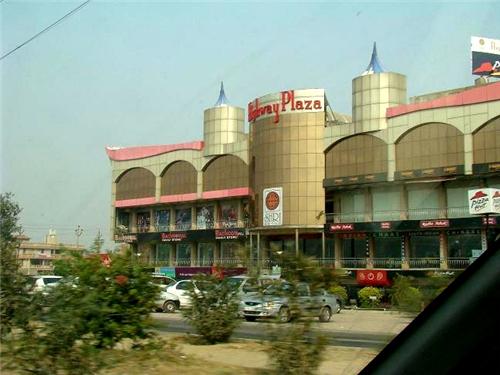 People get tired from daily work and usually go to sleep early without having the thrilling nights as the above-mentioned metro cities. There are few small bars, disco, club and other means of entertainment to spend the night. Rather, there are devotional music lovers for Lord Krishna. Due to high concentration of pilgrims in this city, there is an environment of devotion all around the city and this forms the best entertainment source for the local people. Further, modern, thrilling and western music is also preferred in this city.

Mathura is now emerging as the mix and match culture from the modern and the traditional style of living. New generation is coping with the modern way of living life, however, aged people prefer to be sower and simple in living and avoid to go into discs, bars, cinemas, etc. There are several other things that has influence on the lifestyle of the people of Mathura such as cinema halls, parks, shopping malls, sport clubs etc.

They are not in large number. However, several new cinema halls are now opened in the heart of the city with latest design and technology. People are now more attracted to the cinemas to spend lovely time with their friends, family and dear ones along with relaxing the mind from the hard word. Traditional cinemas are now not so popular after these modern cinemas are established in the city. The most famous cinema halls are Big Cinemas and Gold Cinemas.

With the advancement in the pattern of shopping and with no time for personal life has largely impacted the lifestyle of people of the city. People now prefer to shop in shopping malls where they can find all the required good for their household. These shopping malls are also the best hangout places for the teenagers and they spend their time in enjoying here with their friends and dear ones. These malls have international brands along with some national ones and their way of display attracts the young generation to spend some time in this posh locations. Shopping malls such as Highway Plaza, D.D Plaza are known as the most crowded shopping malls of Mathura.

Mathura is a city which is surrounded by the forest of Vrindavan and is best known as the city of greenery. There are several parks which are designed as the picnic sports and people can spend their day with kids and family. Krishna Garden and Basantar park are famous parks of this city.

Mathura is best known for its tradition and culture that are best backed-up by the art and gallery of the city. This city is the center-of-art and sculptures from the ancient time and is still the leading city in this section. There are several art schools which continuously contribute to the art of the city. Dev Art Gallery, Kanhai Garden, Arts India, Vinayak Barh Gallery, Khoobsurat Art Gallery, Dazzle Art are among the famous Arts and Galleries of Mathura.

Auditoriums and Museums in Mathura

Mathura is blessed with the best and ancient Government museum which holds the memories and things of the different civilizations of this country. The auditoriums and museums are the best place to flow knowledge to the young generation and remains as the most crowded place on several occasions.

Comments / Discussion Board - Entertainment and Nightlife in Mathura